Fit For A King

I shot my first wedding in 2011, a very relaxed couple Anna and Richard, on January 15th. The ceremony was held in the oldest Catholic church in England, St Etheldreda's Church dating back to 1250, in Ely Place very close to Hatton Garden.
The reception was at Drapers Hall, with the Bank of England 50 yards away. First time for me working there and what a fantastic venue to hold a reception. The recently Oscar nominated film 'The Kings Speech' shot many scenes at Drapers Hall so it was quite surreal to be shooting the wedding speeches in the Livery Hall used in the film!
Here's a few interior shots, more later! 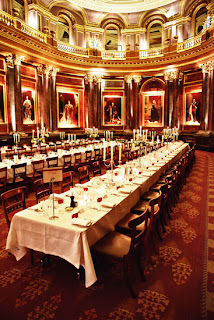 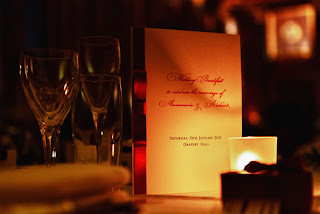 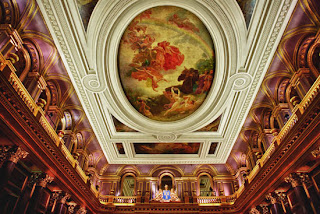 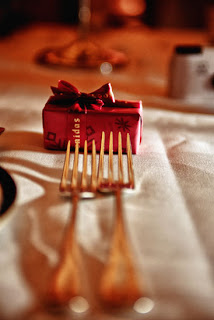 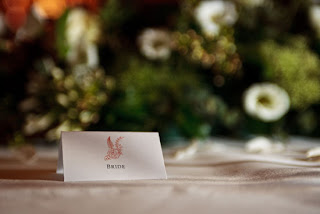 I shot a wedding a few months ago in Brighton.
I like Brighton, spent a lot of my formative years watching bands there. I never lived there, at the time I was living in Bexhill or as its more commonly known, God's Waiting Room, so for any entertainment it was either Hastings, which was close but well past it's sell buy date even then (although I did see the Jam and the Specials on the now burnt down pier), Eastbourne which was scarily like Bexhill or drive the 35 miles to Brighton, which is what we did!
Watched a lot of great bands there, Bruce Springsteen, Bob Marley, The Police, Thin Lizzy and Rod Stewart at The Brighton Centre, The Undertones and Stranglers at the Top Rank and Hazel O'Conner and Sade at the Dome. Great days!
So I love going back as often as I can and when the chance came up to shoot Becky and Matt's wedding I jumped at it! Really nice relaxed wedding, in fact Becky was so relaxed she didnt worry at all when her limo failed to show up, Becky and the bridesmaide's just jumped in Dad's car!

The day was spent at the Claremont Hotel just off the sea front so we were able to use Dads car again to shoot a few images by the sea. Lovely day, here's a few pictures from it. 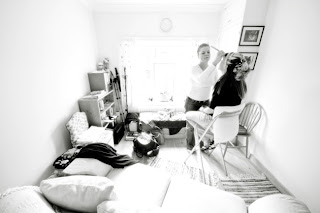 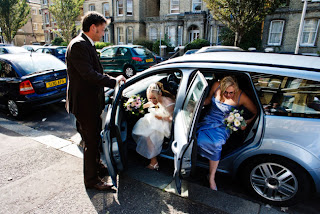 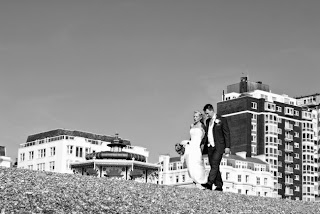 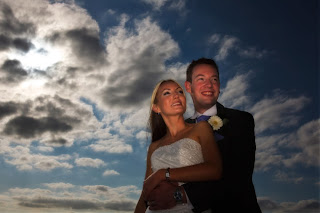 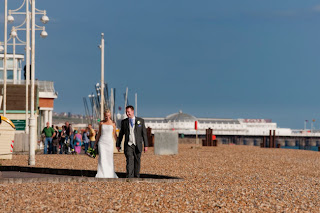 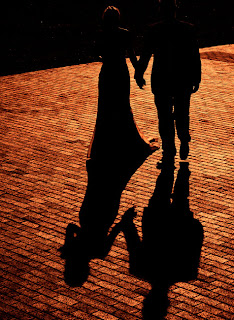 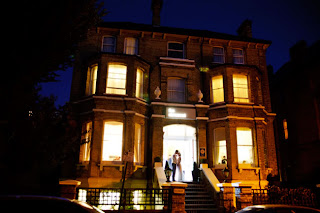 Well, what happened to 2010, one minute its spring, the next I'm sitting on the M25 for five hours stuck in snow a week before Christmas!
So, another New Years resolution, blog at least once during the winter, spring, summer and autumn!
To make amends for my lack of blogging, again, here's a few shots from a family portrait session I photographed last September in Whitstable.
I love shooting urban portraits, much more fun than having people sit in a sterile studio with a tacky background, doing exactly the same shot you did yesterday, lets get outside and find, or dare I say it, create, something a bit different!Many thanks to the wonderful Farlam family for going with the flow! 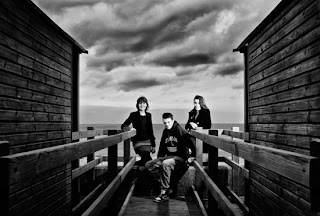 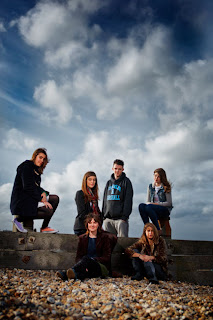 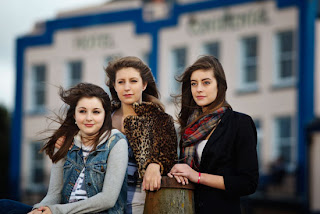 Had a bit of a funny week covering a couple of 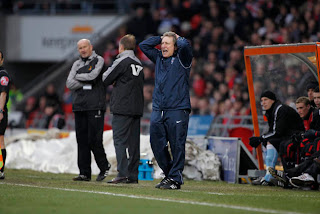 sport's story's. Originally, last weekend I was supposed to be shooting a wedding, long story, but the wedding was canceled at the last minute. So I ended up traveling to Doncastor to cover the Doncastor Rovers v Crystal Palace game as it was rumoured to be the last game in charge of Crystal Palace for boss Neil Warnock. I like Neil Warnock, watching him on the sidelines, he plays every ball, kicking and heading the way rock fans play air guitar! Always gives the scribblers a good quote, he's a Yorkshire man and tells it how he see's it. The game needs managers like him, supporters love him!
After the 1-1 drawn game which, and as a Charlton fan it pains me to say it, Palace should have won as they were the better side, Warnock's press conference was for once quite dull, heck, he even praised the ref, saying he had a good game! He wouldn't say that it was his last game for Palace. He was gone by Sunday evening, announced as QPR's new manager on Monday with Palace announcing there new manager on Tuesday evening. By Thursday I was at QPR's training ground, which used to be Chelsea's old training ground out at Heathrow, shooting him in his new surroundings. 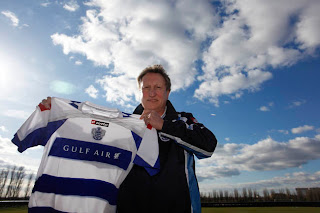 A lot can happen in 5 days!
Just ask Portsmouth fans! That was the other story I covered last week. I started off doorstepping at Fratton Park on Friday, papping the administrator, Andrew Andronikou arriving, getting cheif executive Peter Storrie leaving and capturing fans anguish as the club became the first Premiership team to enter administration, probably wont be the last, though. On Tuesday I was at the High Court in London as Her Majesty's Revenue and Customs dragged them back into court, making sure everything was above board with the administration procedure as they had issued a winding up order. They have to go back to court later in the month, I suspect I might be back as well!
Posted by John at 17:39 No comments:

First Wedding of the Year 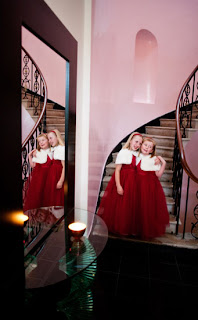 My wedding season kicked off last Saturday at a new venue for me, the lovely Beauberry House in Dulwich, London.
Although February 13th was a cold and damp day, Beauberry House looked fantastic for Jo & Rob's wedding, I bet a summer wedding here using the grounds would be great! However, on my trip to Dulwich I had driven through rain, sleet and a snow shower so I knew we (I was working with my great mate Mark Bothwell) would be working mainly inside the house. A spiral staircase and a bright ceremony room certainly gave us something to work with. 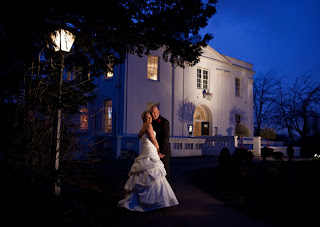 After the incredibly brief ceremony we chanced a trip out side for the confetti and group shots. We just managed to get the confetti shot done and were just about to organise the first group, when it started to rain! The rain soon moved off over to Crystal Palace (its always bleak near Selhurst Park!) and the groups were done almost as quickly as the ceremony. Managed to find a quick five minutes to shoot a nice evening picture before the wedding breakfast and the temperature dipped below freezing!
Posted by John at 14:36 No comments:

Had an unusual job towards the end of last month. It was a PR job for Paddy Power (and I did meet Paddy Power, he's a real person!!!) photographing a skier that they are sponsoring in the run up to the Winter Olympics which start today. Nothing unusual about that, I'm sure Paddy Power (the company) sponsor a lot of different people and events. 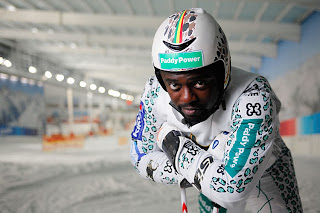 What made this a bit different was the fact that the downhill slalom skier comes from Ghana, Africa! Kwame Nkrumah-Acheampong, or the Snow Leopard as he's now know, is the first Ghanaian sports person to qualify for the winter Olympics. Now, in case your wondering, Ghana's average minimum temperature in winter is 20 with a record high of 38!!!! Surprisingly, it never snows. The first time Kwame actually saw snow was when he stepped of a plane at Heathrow ten years ago. He fell in love with the sport four years later when he started working at the Milton Keynes Snow Dome, where we were shooting the pictures. The day was also used as a media day, with national and international TV turning out for the latest sport oddity. During the press conference, Kwame was asked about being tarred 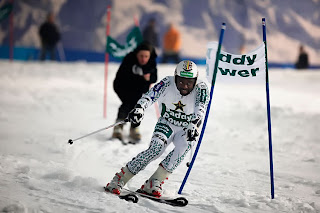 with the same brush as Eddie the Eagle and the Jamaican Bobsled team but he was quick to point out that he had, like all skiers in the Olympics, qualified for the Winter Games by meeting standards set by the International Ski Federation within the past year. He also said that some times he is so cold that he thinks he's getting frost bite! One last question from the floor, has he ever seen a real leopard? "Only in a zoo....." I'll be looking out for him in the next couple of weeks.

Never seems to be enough time to do everything I'd like to do and the blog has fallen victim to my lack of time management skills, must make a late New Years resolution to up 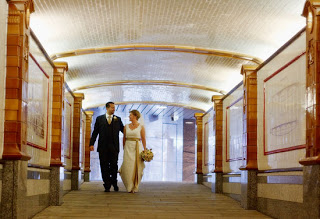 date it on a regular basis this year!
I had a very busy '09 with weddings, meet some great people in some new and interesting places. I'm going to start my catching up with a wedding I shot in September at Skinners Hall, Dowgate Hill in London, or as their website's strap line calls it, the "The Country House Venue in the Heart of the City"! Bang on, its a cracking place! Dowgate Hill runs beside Canon St station in the City of London, with the Bank of England a couple of minutes walk north and the Thames a few minutes walk to the south.
A midday start as bride Helen didn't want any preparation's photographing, my first port of call was St Michael's church, two mins walk from Skinners Hall, which was Dick Whittington's church. I had 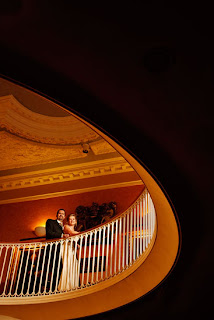 just finished the detail pictures in the church as groom, David, arrived with his best man closely followed by the guests. Helen was fashionably five minutes late and after the ceremony the family group pictures were shot across the road in a small park. As the guests departed to Skinners Hall, we had a quick trip down to the Thames for a few relaxed pictures, then headed up Queen Victoria St to get a shot with the Bank of England in the background.
The day had been arranged by wedding planner Penny of 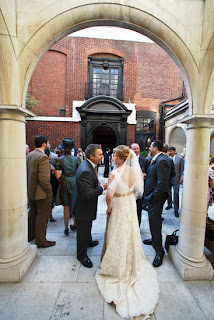 Tigerlily Weddings (www.tigerlilyweddings.co.uk) who had everything organised, as we walked into Skinners Hall drinks were waiting for all of us! As Helen & David chatted to guest's, I got on with detail and candid images. My day ended after the first dance.
A fantastic wedding in a fantastic setting, I can wait for another wedding at Skinners Hall!